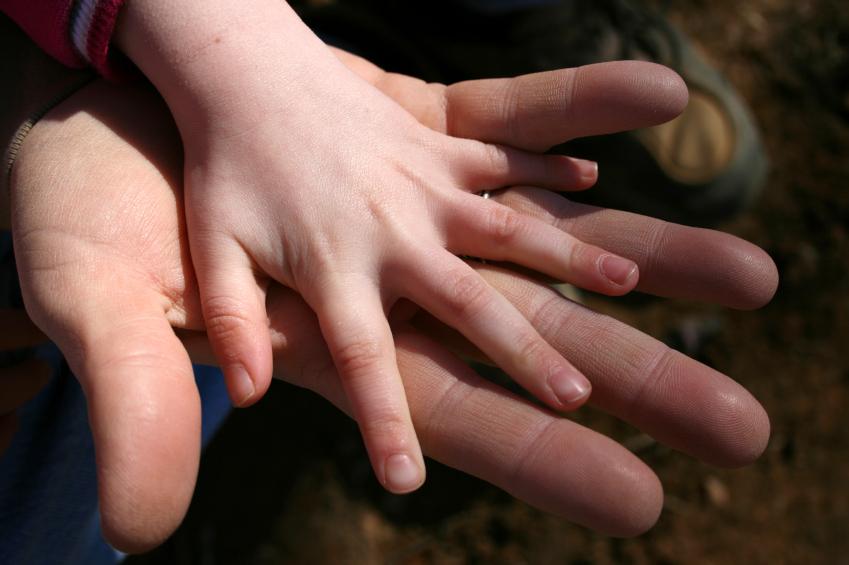 It wasn’t until I became a father that I realized some odd things about being a parent, things that are hidden to kids, things that I never would have known.

For example, I never knew how much I would want my kids to respect and admire me. It comes as a big surprise to a child that your parents actually want you to do more than obey or even enjoy them. Inside of a parent, there is the trace of a childish need to be valued, to be liked, to be approved, and that need naturally extends to your kids. That is a big surprise to a child. Parents seem independent, incapable of being hurt by you, unmoved by your opinion. And so even though you may never realize or admit it, as a parent you walk this bizarre tightrope of training your child in the way that they should go, ideally the way that you yourself have gone, but then deeply needing them to want to go that way, to want to be like you, to want to value the choices that you have made.

I feel this struggle in myself. I love the fact that Drake says he likes “Daddy music” more than any other music, and that he loves to write songs with me. This is really a sweet moment in life, admittedly. But woe to me if I think that it will remain. I know the day will come when Drake will choose his own music, music that I might dislike, and the challenge before me is to continue growing with him, to be a learner and to keep my ears open, to see and appreciate the beauty of a person in process.

It is a losing battle, because at some point, your child will need to differentiate from you. That can push your buttons. And if you’re not careful, you might conclude that they are rejecting you and the choices that you have made. But that is the critical step in crossing that narrow passage—developing an adult relationship with your children.

As the child who has gone into “the family business,” I might sense this more acutely than others. I remember travelling with the family every summer and hearing Dad speak at various churches. I will admit that going to different Sunday Schools every week was absolute torture for me, at that time an extreme introvert, and I remember begging to stay with the adults in whatever they were doing. But I do recall in the worship service, however, how extremely proud I was of Dad, how much he rocked the room with his communication. I remember looking around to see how people were moved by what he shared, anticipating the points that he would make or the stories that he would tell before he told them, and just feeling proud of him, and proud that he was my dad. In fact, I would usually go stand beside him after the service, as he spoke to people, because it felt good to be identified with him.

As someone who now earns his living on the platform, I will admit that I have adopted some of my dad’s communication style and speaking mannerisms, even without realizing it, with the possible exception of that trademark figure gesture—you know the one, the two dips followed by the incline. I can appreciate how it must have felt for my dad to have his kids there when he spoke, how it felt for him to be admired by us, and how that must have given him a sense of value, acceptance and approval. I can identify with him, because I would never trade for a second that moment when in the middle of a prayer, the entire church in absolute silence, my daughter Ivy interrupted me from the pews, calling out, “Hi Daddy!” As she joyfully identified herself with me, so did I joyfully do so in spirit with my dad, so many years ago.

Yes, I have followed some of Dad’s choices, but I have also differentiated myself from my dad, and I can imagine that that might have been a difficult thing for him. For example, I have made different choices in regards to worship and worship music. Granted, this isn’t specifically Dad’s area of expertise, but I’m certain that he held a strong opinion on the matter. The thing is, Dad read my entire thesis on worship with eagerness, and then every draft chapter of the book that followed. And after that, I could tell that he deeply altered with regards to his basic stance—or at least his practice—of worship. I could see that change in the discussions on worship that followed, but frankly, just seeing him as I led worship. There was a cognitive change, yes, as he intellectually grasped what I was saying, but I also sensed something deeper, a hunger in him that I hadn’t seen before. It was like his change of mind catalyzed change on a deeper, more elemental level. There is something really admirable about that, something that I would like to be able to emulate. The ability to learn from your kids requires a level of confidence that goes beyond the commonplace, but the ability to apply an intellectual change of mind to one’s heart and behavior is really remarkable. And that is my dad.

And so, for me, the challenge becomes one of conditional versus unconditional love. Do you love someone because of their similarities with you, or do you love them when they are most themselves? The truth is that love is completely conditional to a child, but for a parent, there is always a choice to be made whether or not you will love your children unconditionally, and I believe that choice occurs again and again for the rest of your life. Honestly, my children will love me from one minute to the next based almost completely on how well I have satisfied their wants and desires. But as a parent, it is impossible to be that cavalier. We are too invested; my heart is too committed. The other day I was joking around with Drake about something, and I said, “Oh, you love your dad; admit it, Drake.” He said, “Yeah, I love my dad.” But then he turned to me, with just a little bit of a serious tone of voice, like he really wanted to be honest with me and wasn’t quite sure how to do that, or if he even should, and said, “But not that much. I love you, Dad, but not that much.” And in a split second I realized again how vulnerable I am to my kids, and how exposed my heart is to them. I must choose every day to love them, in spite of how I feel towards them in the moment or how different we may be, in spite of whether I feel appreciated or valued by them at that time. I believe that takes grace—practical grace—and perhaps a more mature experience of love, the kind of love that Christ showed to us when He chose to love us and die for us when we were actually His enemies. Thanks Dad, for continuing to make that choice with me.

At the end of the day, we love imperfectly and unevenly, sometimes with the fullness of our hearts, and sometimes in spite of them. We give ourselves to people—to our children—whom we think will always want to be like us, will always love us in the way that we desire to be loved and respected, in the way that our parents loved us, only to find that in the end they might betray us. Or, they might simply pass along that unconditional love—the love that we tried imperfectly to give them—to their children…and so on.

One more thing I have learned: I am surprised as a parent how important it is to me that my kids feel I have done a good job, that I am a good father. It is probably asking too much to expect them to have the kind of empathy and lack of self-centeredness that one experiences as an adult, but it still doesn’t change the felt need in me. Dad, I can only guess whether that affirmation is as important to you as a father as it is to me, but if it is, then I can say with no reservations, that you were and are a good father—that I love, respect and admire you, and that I value what you have given to me.