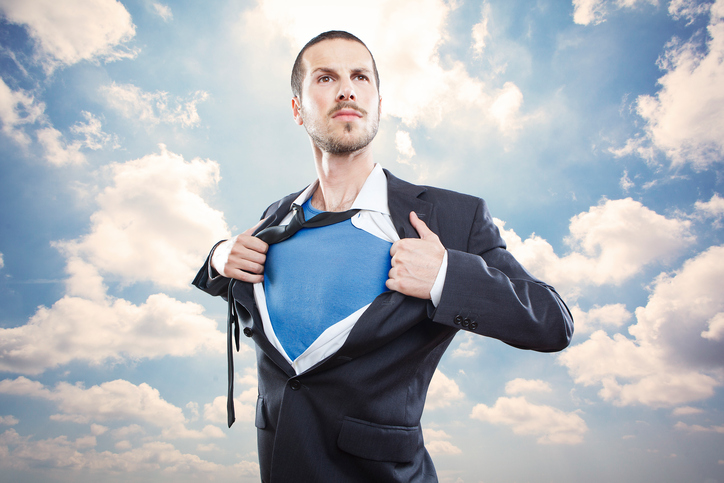 What things cause wars and fights among us? That is the multi-million dollar question in our world today, isn’t it? It is a question that you could very well hear discussed on any talk radio program, and everyone would have a different answer. If you’re Christopher Hitchens, you believe that religion poisons everything, which is actually the subtitle of his book “God is Not Great.” He believes that religion is “violent, irrational, intolerant, allied to racism, tribalism, and bigotry.” That’s his explanation for the evil that we see around us. Communism had another idea, and it had to do with the distribution of wealth and the way that industry exploits labor. That was the explanation of Karl Marx. Progressivism has an idea, and it has to do with ignorance and the lack of education. If we could just educate everyone, then that would be the answer to solving the wars and struggles among us.

What do all of these answers have in common? Where do wars and fighting come from? They all come from outside ourselves, from a world or a system that should be corrected. They are all external to ourselves, and to some degree, they all point a finger of blame at someone else. Hence, in this world, the approach to changing things always ends up being behavioral. “If we could just get people to love their neighbors—meaning to behave differently towards them—then the conflicts in the world would be solved.” This is the prescription of “Love Wins.” “If we could just get everyone to change their intolerant behavior towards others, then we would finally achieve peace on earth.” And yet, peace is elusive.

The problem with this approach is that while love for one another is a great thing, the lack of love is not the deepest problem. The world diagnoses itself by looking at its behavior and assuming that more love would equal more getting along, and so it says something like, “We just need to root out intolerance wherever it hides.” In the words of Rodney King, “Can’t we all just get along?” But the absence of love isn’t the deepest problem. The problem is even deeper and uglier than the lack of love. The trouble outside comes from a deeper problem inside people.

1) On the surface, the problem with the world is unbridled self-interest.

When James asks this question about the source of wars and conflict among us, he traces the problem to our desires. The Greek word that he uses should be familiar because it is the basis for our word “hedonism,” the pursuit of pleasure. We tend to associate this word with debauchery and unbridled appetites, but in the Bible, it can denote any kind of selfish pursuit or ambition. There is a circle of self-interest that surrounds each of us, and it tends to govern our lives and relationships. When you enter my circle, the very first question that I will ask, if I am honest, will relate to me: “What do I want from you?” You have entered my circle of self-interest. When that strategy is played out, it creates a community of conflict and strife.

I don’t have to go far to see this truth played out because I have two children in my house. My son was very excited to have a sibling, and so when we told him that my wife was pregnant again, he could hardly contain himself. But all of that changes in real time. One minute, I will hear contented co-playing from the next room, and then suddenly, I hear a wail from my daughter, and I know exactly what happened. They’ll be playing along and my son will grab something away from her, perhaps even without thinking about it, because she is in his circle of self-interest.

There is a desire to fill a hole in us, and so we’ll grab whatever we need to do it. That is how our desires work. We sense an incompleteness in us, and so we enlist people and things to fill that void. Unfortunately, these desires never quite achieve their goal. You keep filling up with a good thing, but it never satisfies. That is the name of the game with addiction, is it not? Over the course of time, it takes more and more to fill you up. You have a hole in the bottom of your soul, and you are never satisfied. On some level, we are all addicts, using people and things to anesthetize our sense of deep loneliness and purposelessness on this earth.

Self-interest creates a fractured community because we use people and things to try to fill that hole in our lives. However, self-interest is not the deepest problem. We can try to treat self-interest with education, or increasing social programs, but it won’t work. On the surface, self-interest might drive our existence and our society—even our economy—but it is not the underlying problem.

2) There is a deeper underlying problem in the world and it is pride.

Perhaps the most interesting thing about this passage is that right in the middle it takes an unexpected turn. James is describing the cause of problems in our world and then he takes an abrupt detour. He quotes two lines from Proverbs 3: “God opposes the proud but gives grace to the humble.” The number one issue behind the evil in this world is something so deep within us that we have difficulty seeing it in ourselves at all. The trouble outside is caused by a problem inside, and that problem is called pride.

Pride is one of the most destructive sins, because it is often completely invisible to us, and like cancer, it attaches itself to everything we do. Other sins like gluttony or lust, you can see more easily—they manifest themselves in a more obvious way. But you can’t see pride in yourself, because you don’t have an objective point of view, and pride will metastasize through every area of your life. That is exactly why it is so insidious. You won’t see pride until the damage is done.

The funny thing is that Christopher Hitchens is at least partly right. Religion has often caused wars and fighting in the world, and when it does, it is because pride, like cancer, has attached itself to it. Pride is what drives most of the conflicts in the world. Christians can get so worried about other sins creeping into the faith, but pride is the thing that they should be most worried about, because it is by far the most destructive and the hardest to detect. So is there any hope? Are we all terminal? Do we have a stage four pride diagnosis?

The hope comes in the second line of that couplet: God opposes the proud, but gives grace to the humble. The only hope for the world is grace.

We can sing “We Are the World” all we want. We can have peace movements, or we can create a strong defense and try to stamp out Al-Qaeda or ISIS or whatever the latest incarnation of evil might be. We can work to eradicate racism and all of the blatant bigotry in our world, but it will never work, and here is why: peace is not stronger than evil, because pride is deeper than peace. The only hope for the world is grace. In the end, only grace wins.

3) Grace shapes a community that is based on humility.

There is a profound connection between grace and humility. The two must go together. In order to receive grace, you must have humility, and likewise, humility creates an atmosphere of grace. Grace must humble you.

Fundamentally, grace is a gift. Even the Greek word for “grace” that is used in Scripture, “charis,” is on occasion translated “gift.” Grace means gift, and a gift has certain parameters. For example, you can never deserve a gift. If you deserve a gift, that is called something else. We call that a reward or an award. Instead, a gift is completely free of any kind of deserving; otherwise, it isn’t a gift. Moreover, you can’t control a gift. You are basically powerless with regards to legitimate gift giving, because you don’t choose it for yourself. The only way to receive a gift is in humility, and for that reason, grace is often very uncomfortable in our world.

For example, have you ever gone out to dinner with someone who always has to pick up the check? It is like a compulsive need with them, almost as if they will be shamed if they don’t pay. That kind of person is often very controlling in the way that they go about it too—like they won’t accept being indebted to someone. It is often a matter of pride for them. Well, pride nullifies grace. Pride and grace are unable to co-exist, because they are like oil and water. Gifts are hard for those who can’t accept grace, because a gift necessitates humility.

Hence, grace shapes a community that is based on humility, and it begins with God’s grace towards us. The epitome of humility in the world is that which Jesus Christ showed in coming to the cross of Calvary and taking our sins upon Himself. That is the basis for our communion with God, and it requires humility to receive. When Christ’s sacrifice becomes the true foundation for a community, it changes the way that we interact with one another. It changes our attitudes towards one another because it has already changed our attitude towards God. Grace must humble you before it can transform you.

I think that humility takes the wind out of the sails of evil, that it snatches power away from evil. Humility may actually be the greatest weapon that we possess to combat evil in the world, and it begins with the humility of Jesus upon the cross of Calvary. We have no idea how powerful humility really is. We think that we need all kinds of power to stand against evil in the world, and maybe we do, but perhaps the greatest power is one that we completely underestimate. In fact, the humility of regular Christians could do more to change the world than all of our posturing, debating and arguing could ever do.

God is changing the world one humble person at a time.