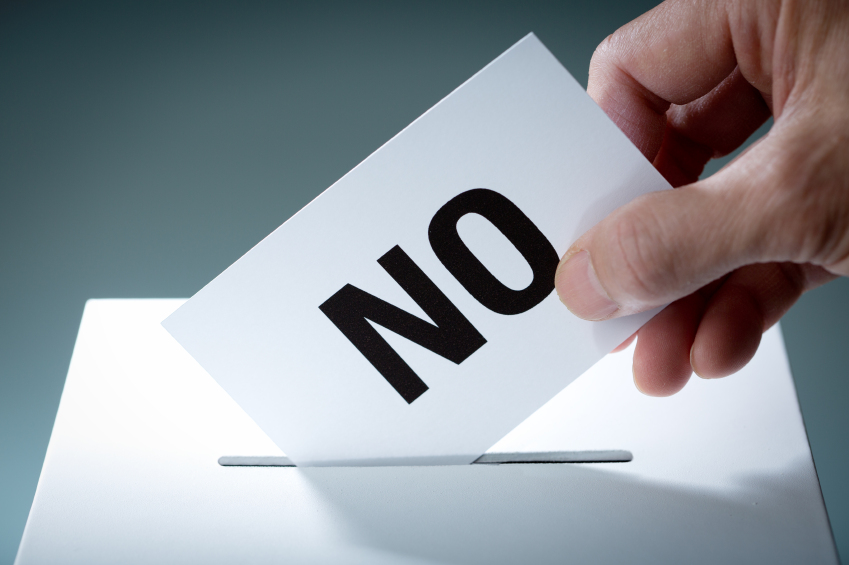 I often have interesting discussions with my eight-year-old son in the car on the way to school in the morning, and today was no different.  Sometimes I leave the radio off on purpose, because I find that drive-time is good connection time.  But sometimes, we’ll listen to music or the news.  Today, we were listening to election coverage, and he asked me what I thought would happen if a particular candidate won.  I told him the truth.  I told him that it would be a disaster for our country and maybe the world, but that we didn’t need to be anxious about it.

Then, he asked me a follow-up question that got my attention.  Please note:  I have never prompted this notion in his mind.  In fact, I have never said anything of the kind.  He may have heard this from other people in his life, but never from my wife or me.  He said to me, “Would we move away?”  Interestingly, I’ve heard this response expressed on numerous occasions, from both sides of the political spectrum. It seems to be a more and more common reaction after elections. I understand. I myself have felt this way on occasion, and so I thought carefully before I responded. “No. If he is elected, then we begin to pray for that person.”

Now, I’m not trying to be sanctimonious, or to appear holier-than-thou. Believe me, the thought of doing this turns my stomach on occasion. Rather, I’m trying to teach my son AND myself how to respond to leaders in my country with whom I disagree, who stand for things that I am against. What should be my response? To pray for them. Why should that be my response? Four reasons.

1) Because that is what the Bible tells us to do.  I hate to say the most obvious one first, and if you’re not a Christian, then feel free to jump to the next point.  It seems obvious to me, but the problem is that we don’t respond this way.  What I have seen for years is the exact opposite of this approach.  We don’t pray for our leaders, at least, not the ones that we disagree with.  What do we do?  We try to build a little coalition against them in our circle of influence.  We denigrate them in our conversations.  We try to dig the ground out from underneath them with our friends.  We post silly and wildly unfounded articles on Facebook. This isn’t what Paul had in mind when he said that “supplications, prayers, intercessions, and giving of thanks be made for all men, for kings and all who are in authority.”  This isn’t the people that we were meant to be in the world.

2) Because I recognize something in myself.  I find in myself the capacity to hate someone that I disagree with and who disagrees with me.  I’ve been feeling quite a lot of that lately, and it has caused me to stop and examine myself.  Why should hate be building in me whenever I think of this person?  Is this really the man that I want to be?  Do I want to give them that kind of power over me?  Sometimes, in the process, I read articles about people that I want to emulate, people like Bono, who are able to reach out to people that they wildly disagree with and find some common ground in order to get something good done.  I want to be that way.  It takes some honesty to recognize your capacity to hate.  I ask myself, do I really want to feed that impulse, or do I want to fight it?  I’m not talking about hating things that they stand for—I am talking about hating the person. Hating injustice makes us stronger, but hating a person decimates our souls.  Listen, you can’t hate someone and pray FOR them on a regular basis.  It is an impossibility.

4) Because it is our best hope for change.  Let me ask you an even more pointed question.  What would our country look today if all the people who didn’t vote for Obama had decided to pray for him rather than hate him?  Instead of trying to stir up birther controversy, or post doctored photos of him not putting his heart over his heart at the pledge of allegiance, or trying to say that he was lying about his faith, what if all those people had begun to pray for him?  If you are someone who truly believes in the power of prayer, why would you not do that?

I am mindful, in this election, of Dietrich Bonhoeffer, and the stance that he took against Hitler.  He was a godly man, but he believed so strongly that Hitler was in the wrong, that he participated in a plot to take his life, and eventually sacrificed his own life. He never moved away from Germany, but chose a different course. Honestly, I have no idea whether Bonhoeffer prayed for Hitler, and as I consider these words, the thought alone turns my stomach. I have no doubt, however, that he prayed for his enemies. In his book Life Together, he penned these words:

What do you do when your candidate doesn’t win? Clearly you have a choice. For myself, my family and my church, I recommend that we pray for them.