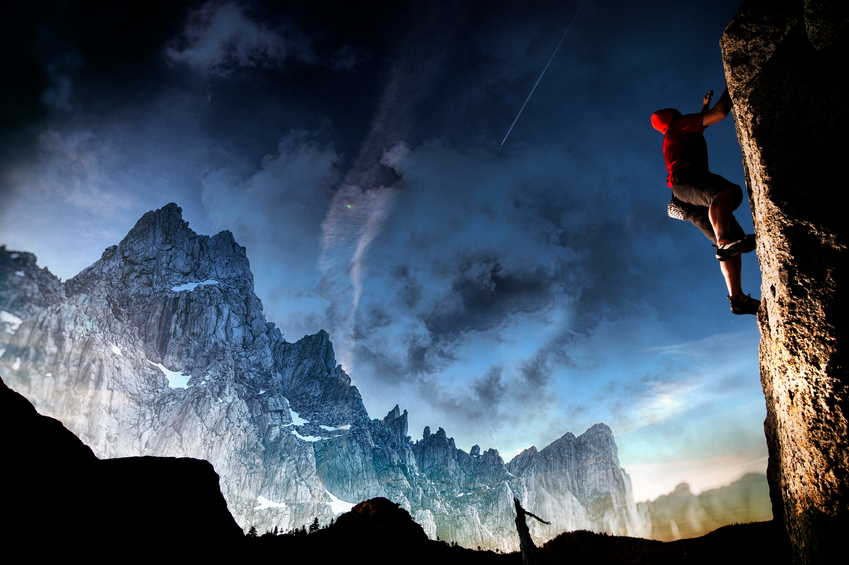 I am always surprised and a little bit amused to hear people talk about verses they think are in the Bible that are actually nowhere to be found. I used to lead a small group of college guys and when they would stumble on these imaginary quotations, I would challenge them to tell me where it was written.  They would always say the same thing, usually word for word:  “I know it’s in there somewhere.”  Here are a few of my all-time favorites:  “God will never give you anything you can’t handle.”  Not true, and not in there.  And another:  “God moves in mysterious ways.”  That is a U2 song, but sadly, nowhere in the Bible.  And my all-time favorite one is this:  “God helps those who help themselves.”  No matter how much I tried to persuade those guys, not one of them would believe me.  The stuff that we think is in the Bible actually tells us more about ourselves than it does about God.

Let me ask you a question: What do you get in a society which thinks that God helps those who help themselves?  Extrapolate that for me.  Now, perhaps you get an industrious society.  But you also get an overly busy society.  You get a society that is stressed out, that is driven and exhausted.  You get people who are neurotic and competitive, impatient, who can be self-righteous and sometimes judgmental.  More than anything else, you get a culture which hates to wait for anything.

I see this every time that I am stopped at a stoplight and I see pedestrians pushing the button for the crosswalk. I have actually made a study of watching people wait for traffic at street corners.  Everyone I see has a different style, but they all have something in common:  no one pushes the button just once.  Most people push the button several times in quick succession, just to be sure that they have been heard by the traffic gods.  Some people stand there and repeatedly push the button until the light turns, as if their insistence hurries the process.  Others just lean on the button until the light turns.  And if you live in cities like New York, you don’t bother with the button at all.  Waiting reveals a lot about ourselves.

What I find in the Bible is something very different, something that is radically counter-cultural in this day and age. I don’t find that God necessarily helps those who help themselves.  Instead, I find that there are two paths that one can follow in life—the path of self-reliance and the path of faith.  Indeed, the Bible makes a very striking statement about this second path:  blessed are all those who wait for Him.  What does that mean?  Does it mean doing nothing to advance yourself?  Does it mean sanctified inaction?  Or does it speak instead to your most basic hope?

This phrase is drawn from Isaiah 30, from a fascinating story in the very center of your Bible. In the 7th century BC, Judah found itself in a tough spot.  They were at the crossroads of a power struggle between Assyria, Babylon and Egypt, and they became the staging ground for this conflict.  There was apparently a faction in the government that wanted to make an alliance with Egypt against Assyria to secure their political fortunes.  Into this crisis, the prophet Isaiah speaks sage advice:

“ For thus says the Lord God, the Holy One of Israel: ‘In returning and rest you shall be saved; in quietness and confidence shall be your strength.’”

Isaiah says something that none of us want to hear. The word “returning” really means to surrender.  It means returning from the battlefield, and laying down your arms.  This is a picture of giving yourself over to God’s plan.  What happens when you surrender?  You put your hands in the air.  You stop the fighting.  You release control.  You abandon yourself to the will of someone else.  That is the essence of surrender.  In this story, that was a very frightening proposition.  Neither of these nations were nice guys.  I don’t think they had a wonderful plan for the Israelites.  But the bottom line is that you’re not abandoning yourself to the enemy; you’re abandoning yourself to God, and to His gracious plan for you.

We all have a picture in our heads of what our future should contain, and we are determined to secure that for ourselves. In 2013, I gathered a small core group of close friends and ministry partners to plant a church.  They were a dynamic group; I remember thinking that it was going to explode with growth.  However, the going was much tougher than we thought.  We were devastated after three years when we had to pull the plug and close Resonate.  It was gut-wrenching.  During one of our last services, my eight-year-old son turned to me during the worship time and said, “Daddy, I want to put the $100 bill that grandpa gave me into the offering box.”  I asked why, and he said, “Because I don’t want our church to go away.”  We fight to hold onto our vision of the future, but God says to us instead, “Let go of your idea of what your future should hold.  Surrender.  Return.”

Rest is the result of surrender. You may not know this, but there is a comfort in that place in the hollow of God’s hand, under the shelter of His wings.  There is a peace in the midst of the craziness, a peace that passes understanding.  There is a quiet calmness and confidence in the midst of the storm when you surrender to the Father who cares for you.  The result is not weakness, but inexplicable strength and the promise of blessing.  Waiting is a choice about which path to take.

2) The purpose of waiting is to teach you what God is like.

As it turns out, the Israelites didn’t listen to Isaiah, and so they paid a high price. But even having taken the wrong path, God didn’t abandon them.  Here is what the prophet tells them on behalf of God.  “Therefore the LORD will wait, that He may be gracious to you; and therefore He will rise up that He may have mercy on you.  For the LORD is a God of justice; blessed are all those who wait for Him.”

We are given a divine perspective into who God is and how He works. In this passage, God postpones deliverance.  He withholds rescue so that adversity can teach them and can bring them to dependence.  That sounds a little brutal, doesn’t it?  Why would God allow that kind of suffering?  Because He wants to reorient the hope of His people.  He wants to change the path that you are on.  Ultimately, God cares more about my growth than my personal comfort, and as much as I struggle with that fact in my daily life, I have to recognize that it reveals His grace.

Waiting is the place where we discover God’s mercy and grace. In a sense, neediness precedes grace.  You cannot give a gift to someone who doesn’t need anything.  God waits for you to run out of your own supply of resources so that He can display His grace.  Brokenness precedes mercy.  If you have yet to come to the end of yourself, then rescue is simply interference in your plans.  According to this passage, God won’t interfere in our plans to save ourselves.  He will step back and postpone deliverance until we turn to Him in neediness and brokenness.    At those moments, we stumble on this second path, the path of blessing, the path of faith.

My grandfather, Earl Mattison, was a pastor in Pennsylvania and New York during the Great Depression. He was the kind of pastor that everyone wants—a really warm and sweet man.  According to my mother, he couldn’t preach his way out of a wet paper bag because he had never really been trained, but he changed the lives of many people by his love for them.  He was so successful in his ministry that the bishop would move him around from one church to another whenever they needed revival and needed to balance the books.  So he worked many jobs, serving several churches at once, and would do odd jobs around town to make ends meet.

They were always poor. My mother remembers many dinners of nothing but mac ‘n cheese, and often, they would find themselves sharing their meal with someone who was hungry and hanging out on the back steps of the house.  But my mother also remembers envelopes of money being slipped under the front door with the exact change needed to pay a bill that had come due.  There it is—waiting.

His first-born son, Clarence, died at the age of thirteen when he stepped on a rake and it smacked him in the forehead. His daughter, Naomi, was an incredible lady.  At twenty-four, she was engaged to be married, but she pinched her finger in a tire chain, and died of complications shortly thereafter.  His second son, Keith piloted a fighter plane in the South Pacific.  While flying a mission over Saipan, Keith’s plane was hit with shrapnel that exploded in his back, but miraculously, he was able to return to base and survived.  My grandfather prayed for him every day.

Listen: I don’t know if God helps those who help themselves, but I do know that there are two paths before you in life:  the path of self-reliance and the path of faith.  Which one will you choose?  Blessed is the one who waits for Him.