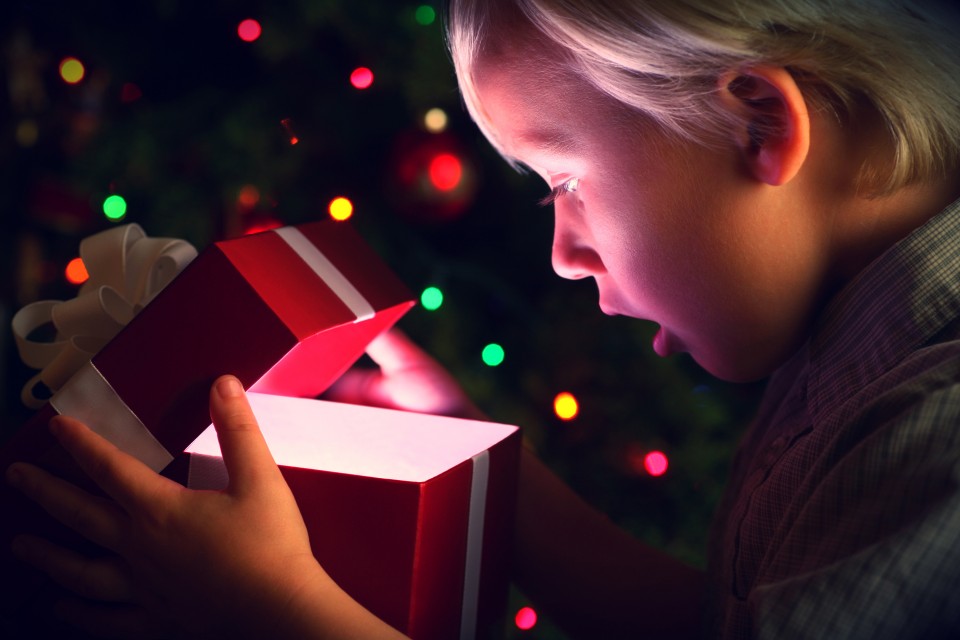 A few days after Halloween, something seasonal begins in the mailbox at my household: the Christmas catalogues start rolling in.  It begins as a tiny trickle, but halfway through November, it has become a raging torrent.  By the time that December arrives, we are receiving ten to fifteen per day, including weekly copies from retailers like Pottery Barn, often just repurposing the very same pages.  This year, my kids have begun to look for them, as they’ve realized that they can circle things they want for Christmas.  My son spends countless hours poring over them, making careful notations for us to review.  He has been trained with a Pavlovian precision in this regard.  Over the next few weeks, he will ask me over and over:  “Daddy, did you see what I circled?  Daddy, did you see what I want?”

I can’t blame him, because I did the same thing at his age, and frankly, I still do. At seven years of age, I think that I wanted a G.I. Joe with Kung-fu grip, and a bike with a banana seat and Stingray handlebars.  When I grew older, the requests just changed slightly.  I wanted the girl to like me or the employer to hire me.  And like my son, I still find myself saying, “Daddy, did you see what I circled?  Daddy, do you know what I want?”  We have something of an uneasy relationship between wanting and waiting in our lives.

The Christmas story itself is about wanting and waiting. It is ironic that the first story of Christmas is not about Jesus, Mary or Joseph.  It is not about the manger or shepherds keeping watch in the fields, but about two ordinary people who had waited all of their lives for a prayer to be answered.  They had longed for a child, and in their twilight years received good news from an angel.  This story is about waiting against hope to be heard, being faithful in the crucible of uncertainty.

1) Waiting is about faithfulness.

Zacharias was a worship leader, who was serving in the temple. He would have served in the temple for one week twice a year.  According to good research, there were about 18,000 priests at that time in Israel, so they had way more priests than they needed to do the job.  As a result, they would cast lots twice-a-day to see who would perform the duties, because there were fifty of them on-site during the week.  In other words, Zacharias was not really needed in the temple, but he was being faithful to his calling.  Waiting is first about faithfulness.

When you are looking at how to find God’s purpose in your life, I find that one of the key questions to ask is the following: “Where have I been asked to be faithful, even though I feel like I am not really needed?”  You see, faithfulness reveals true character.  Faithfulness says this:  “I may not be getting want I want right now in my life from my relationships—whether a relationship with an employer, with my spouse, or even with God—but I am still going to be faithful.”  Faithfulness ends up being a legitimate litmus test that reveals what you’re really made of inside.

Let me give you a picture of faithfulness. When Brenda and I were in Italy, we stayed for several days in someone’s home on the western coast, an area that is known as the Cinqueterre.  It is a remote area, because until recently, you couldn’t get there by car, and now it has become very popular.  But it is still remote.  There was a tiny chapel a few hills away, and it wasn’t even a wide spot in the road.  The single lane road literally weaved right around the side of the chapel, and you had to slow down and honk your horn as you came around.  There was a small bell in the steeple of that chapel with a rope attached, and every hour it would ring, even sometimes in the middle of the night.  I found myself asking, “Who has the job of ringing that bell?  How does he possibly get through life?”  The only way you maintain that kind of faithfulness is because of a core belief deep inside.

2) Waiting is based on a conviction.

Why do we make the choices that we do in life? I believe that behavior follows belief, in this case, deep beliefs.  When I say deep beliefs, I don’t mean beliefs that are deeply held by you, but beliefs that are deeply hidden from you.  The choices I make in life reveal what I really believe in the deepest place.  For example, when I complain, it is because I have a deep belief about how the world should operate for me.  If I have to stand in a long line at the grocery store, I’ll get irritable because I believe deep down that I deserve a hassle-free existence.  Everything should work together to serve me.  That is my deep belief, and behavior follows belief.

What is the deep belief that guides faithfulness? What keeps you doing the right thing in the dark of the night, in the hiddenness of the moment, in the anonymity of faithfulness?  I think it is the conviction that God hears, no matter what everything around you says to the contrary.  God hears.  God sees and cares.  Zacharias and Elizabeth had been praying for a child for many years.  Have you ever prayed for something for a very long time?  Have you prayed for something that was so deeply personal that it made you blush to say the words out loud?  Have you prayed fervently in spite of the deafening silence until the words began to wear a groove in your soul?  The only way that you endure in that kind of prayer is by believing deeply that God hears and cares.

3) Belief is a judgment that you proclaim about someone.

Here is where the story gets really good—where it gets real. When the angel delivers the message, Zacharias asks for a sign or some kind of assurance.  Why?  Because he’s had his hopes up before.  How many miscarriages have they suffered through?  How many well-meaning friends have reassured him that he just needed to believe more?  He doesn’t want to be let down again.  The angel doesn’t see it that way, and so his voice is literally taken away until after the child is born.

Have you ever wondered why belief is so important to God? Why should it matter to the God of the universe whether we little specks of dust believe?  Because of the nature of belief.  Belief is a judgment that you proclaim about someone.  When you trust someone, you are making a personal statement about their character, or their power to perform whatever it is they say they will do.  Zacharias had perhaps been questioning something inside.  “Is God good?  Is God actually gracious?  Does He really care?”  There were probably weeks and months and years when the pain of that doubt in his heart was unreal.  There were times when he had to push it down so hard as he went about his day, because it hurt so much.  By the time this story came around, it was probably just a bitterness in his mouth and heart.

The end of the story reveals the clue to wanting and waiting, but you won’t get it unless you understand the meaning of one word. The child is born, but Zacharias’ voice is not restored as the angel promised.  Elizabeth names the child, but they’re all surprised at the choice and turn to Zacharias.  He asks for a tablet and pens the words, “His name is John.”  At that point, his tongue is loosed and they all praise God together.  What is so magical about the name “John?”  The meaning of John is a statement about God’s character, a truth that Zacharias has come to declare with his words and with his life.  What does John mean?  “Yahweh is gracious.”  He declares with his “voice” the very thing that he had come to question.  His deep conviction about God is restored when he names the child “John.”

When you are sitting and waiting in the dark of night for the person or thing that you most need—when the promise of the Christmas catalogues has not delivered for you—I encourage you to raise your voice or lift your pen to affirm the truth hidden deep inside: God hears.  God cares.  John:  “Yahweh is gracious.”