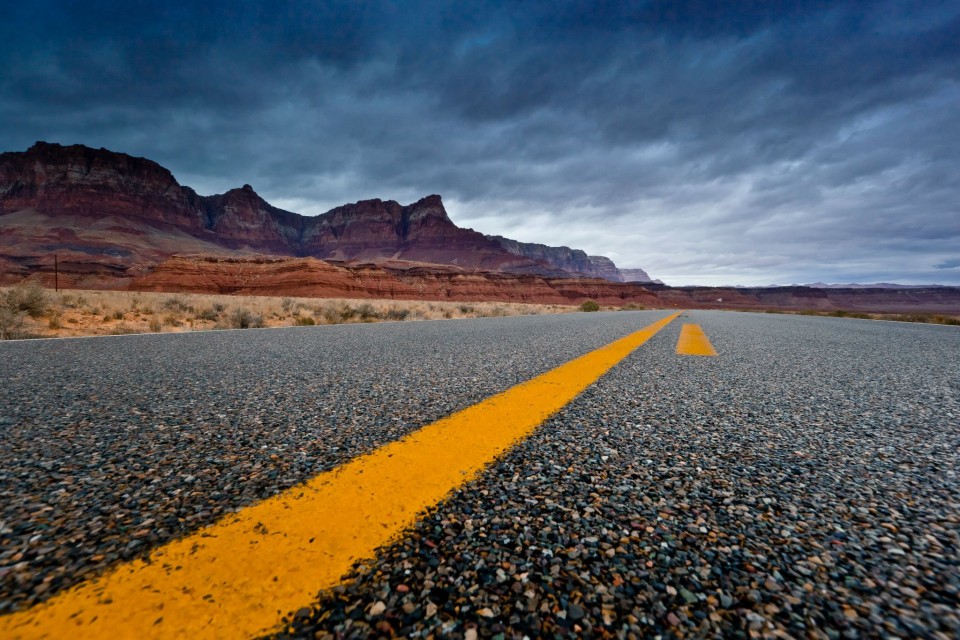 My wife and I had become lost while driving through the hill-towns of Tuscany. On our first major trip in our married life together, we had decided to go to Italy.  We had rented a tiny car in Florence and were driving through the Chianti region, searching for a remote, 13th century town called Volpaia.  The main thoroughfare was closed for some reason, and so we tried to take the detour, but it had wound us further and further out of our way, asphalt turning into gravel road, until we began to get a little nervous.  Neither of us spoke much Italian, and we’d not seen a single car or person for miles.  As we rounded a bend, we spotted this lone figure walking along the side of the road.  We slowed, and I lowered my window, leaning out and employing the few words of Italian that had stuck.  He was a short, swarthy Italian man with a sweat-stained bandana around his neck, and looked at us suspiciously without speaking or smiling.  Finally he replied:  “Americanos?”  My wife and I looked at one another quizzically.  Given the bad feeling towards America in the world, we didn’t know if admitting our nationality would yield good directions.  We nodded and reluctantly mumbled, “Uh…Americanos.”  He flashed a toothy smile, lifting the lapel of his old, disheveled corduroy jacket.  Underneath was pinned a tiny American flag.  He exclaimed, “Viva Americanos!”

If you have travelled abroad very much—travelled in the way that I have just described—you know that you are putting yourself at the mercy of someone else. That is exactly the right word:  mercy.  You are exposing yourself and trusting the grace and mercy of someone that you don’t know to help you.  You are committing yourself to their goodwill and compassion.  And so, there is really a spiritual aspect to a journey of this kind, a lesson that translates to life:  you have to trust someone that you don’t fully know.  You have to hope in the mercy of a stranger.

I have never been forced to travel somewhere—particularly to a destination where I was unwelcome—and so I can’t imagine what it might feel like to be a refugee. I have found in the Bible, however, that when God calls people, He’ll very often call them to be a refugee.  He’ll call them to leave their home and family, by hook or by crook.  He’ll call them into a place of social and cultural discomfort.  Why?  There are lessons to be learned as a refugee that can’t be learned any other way.  And so becoming a refugee is not a divine mistake.  It is not discipline for disobedience.  Instead, it is the way that we are supposed to learn mercy.

1) A Stranger in a Strange Land

When God first calls Abraham in Genesis 12, the first thing that he is asked to do is to leave his country and his father’s house and go to a land that God will show to him.  God will bless him and make him into a great nation, and in the process, he is going to be a blessing to all the families of the earth.  God doesn’t give Abraham a reason for uprooting his entire family at the age of seventy-five.  There is no clear rationale for these instructions.  Unlike our quest narratives, there is no pot of gold at the end of the rainbow, no ring to be destroyed or maiden to be rescued.  Abe is simply called to go.  When he arrives in Canaan, he builds an altar and pitches his tent.  There is nothing for him to do there.  Rather, he is called to be a “stranger.”  That is the point of being a refugee:  we are called to be strangers.

That theme of being a “stranger” continues throughout Abraham’s story, as he finds himself journeying to Egypt, and it also becomes part of the narrative of his descendants, the Hebrews. When his great grandson Joseph is sold into slavery in Egypt, he is also a stranger.  Moses is a stranger at one time too, and when he has a son, famously names him “Gershom,” meaning, “I am a stranger in a strange land.”  So when Moses writes the books of the Law for his people, they are sprinkled with references to strangers living among them, and how they should not mistreat them or oppress them.  The rationale that is given?  You yourselves were also strangers once.  Mercy is embedded into the Mosaic Law with regards to strangers.

I have half-jokingly said in the past that I think American Christians should be required to live abroad for an extended period of time. Why is that?  You become a stranger.  You walk in the shoes of a stranger.  You are forced to feel the things a stranger feels and experience what it feels like to be excluded from a community.  I think that this is the way that we learn compassion.  We begin to see ourselves, not in terms of deserving, but in terms of the grace that has already been shown to us.

2) The Experience of Exile

What I have just prescribed above for American Christians is exactly the experience of the prophet Daniel. Nebuchadnezzar sacks the city of Jerusalem, and takes the people into exile in the land of Babylon.  Daniel is one of a number of young men who are hand-picked to be trained in the language and the literature of the Chaldeans so that they might serve in the king’s court.  In this most famous of all Sunday School stories, Daniel and his friends make a decision that they will not defile themselves with the king’s food and drink, but will eat according to the Law.  They make a deal with the king’s steward to eat kosher for ten days and to see if they are not healthier and fitter than the others.  It all turns out well in the story, and Daniel finds favor in the eyes of the king.

What is really going on in this story? Daniel and his friends suddenly become strangers in a strange land, and they are forced to make important decisions about what is essential to them, and what can be relinquished.  They cannot be culturally prejudiced.  They cannot assume that they’re culturally superior to others.  Instead, they must listen and learn with less arrogance and more insight.  My friend, Adam Edgerly of Culture Consultants calls this “cultural flexibility.”  It is the ability to adapt to the culture of another people without sacrificing the core of your own.

As strangers in a strange land, we are spiritually sifted. Our religion is separated from our faith.  We have a tendency to add things to our faith from our culture and assume that these are absolute, essential things.  Maybe that happens with the kind of music that we use, or the way that we dress or pray.  But when you enter another culture, the cultural residue is stripped away, leaving the heart of what you believe.  Spiritual space is created for the things that really matter.  In the end, you emerge with a faith that is timeless and not bound by culture.  In essence, you discover who you are by discovering who you aren’t.  Exile does that.

Jesus was, of course, the ultimate stranger in a strange land. Born in Bethlehem, He was immediately whisked away to Egypt to protect Him from the madness of King Herod.  I don’t know if His family was welcomed there any more than Jesus’ forebears had been.  From there, He did not return to Bethlehem, but was resettled in the town of Nazareth.  But the most extreme example of Jesus’ stranger status is explored in Philippians.  Jesus was said to have “emptied Himself, taking the form of a servant, and coming in the likeness of men.”  We don’t know exactly what that meant for Christ, but we do know that it didn’t involve wearing His heavenly glory on His sleeve.  The fact is that He didn’t come to be recognized by His own, but rather to be rejected by them, so that He might bear their sins on the cross.

Jesus came as a stranger in order for us to learn mercy. He came here to show us mercy and to teach us by example how we ought to live.  The command in the Law regarding how to treat strangers was embodied by Jesus.  What was the motivation for it again?  You yourselves were strangers in the land.  You yourselves were also at the mercy of others.  We have received mercy from Jesus in order to learn how to express mercy to others.  As Jesus reminded them in the gospel of Matthew, “I was hungry and you gave Me food; I was thirsty and you gave Me drink; I was a stranger and you took Me in.”  They responded, “When did we do these things?”  Jesus answered, “When you did it to the least of these.”

I won’t pretend that this isn’t challenging. I won’t pretend that there isn’t a lot of mess involved.  I won’t pretend that this isn’t frightening.  Refugees often threaten our boundaries, whether personal or political, because that is what desperation will do.  I have found that needy people will often push us out of our comfort zone, and sometimes take advantage in a way that requires a nuanced response.  But I believe that you can measure the faith of those who have deeply experienced the mercy of Jesus by examining the mercy that they show to those in need.  As Jesus said, “Those who have been forgiven much, love much.”

Living in the world today, we can become far more engrossed in our safety than in mercy. We can become inward-focused, building more walls when our boundaries are traversed, instead of trying harder to balance mercy.  How easily we forget that if Jesus had come to build a wall, we would have been the ones left on the opposite side.  When we act in that way, we stop listening for the refugee knocking on our door.  When we forget that we were strangers and are called to be strangers, then we find ourselves just a little less inclined to give that cup of cold water.

God has always called people to be refugees in order to teach them about mercy. How should that impact the way that we view refugees in the world?  The words of Moses ring true:  so that you remember that you yourselves once were strangers.