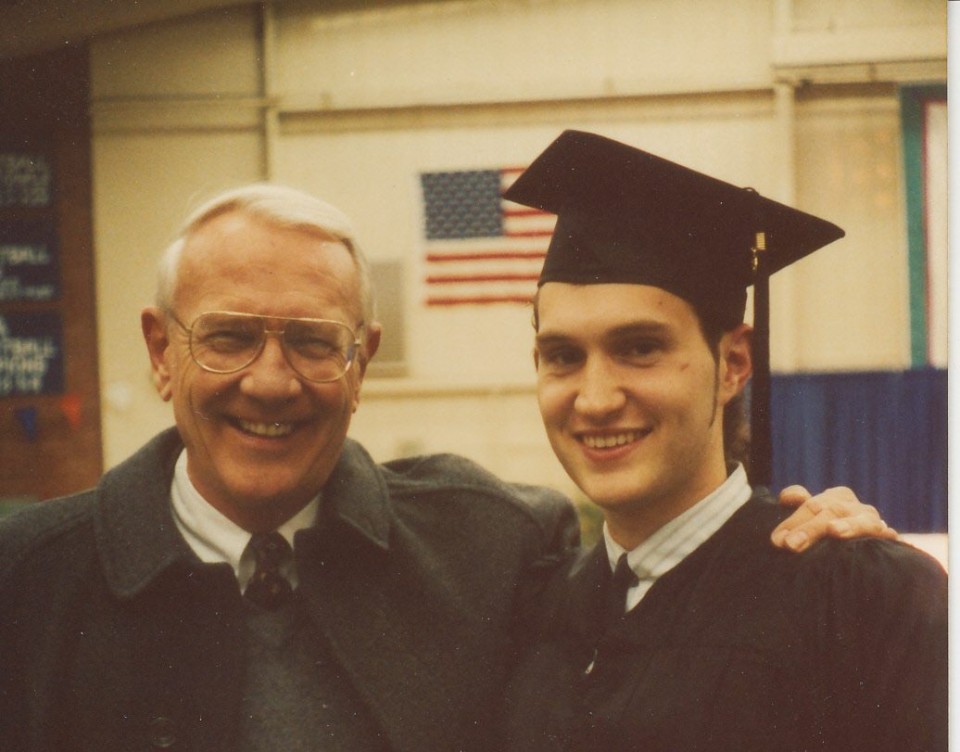 A man stood before me in the doorway, disheveled and unkempt, like a homeless person about to ask for money, except that he was asking to come in.  His receding hairline turned into shoulder-length hair that was in competition with his handlebar mustache.  His eyes were bloodshot and slightly frightening, clothes looking as if they had been slept in more than once, and he carried a duffle-bag in his hand.  He introduced himself as if he belonged here:  “I’m John Doe.  Patty said that I could come and stay.”  I had no idea what to say—I was alone and it wasn’t my house.

I was attending college in southern California, and had been connected with a couple in the area with whom I might be able to live.  They had adult children—all of whom had moved out—and so they had several rooms to spare.  I still remember calling Patty from Oregon to introduce myself.  We chitchatted for a few moments as she got a sense for who I was.  When I asked her about the rent, she politely and surprisingly said that there would be no rent:  they had quite a large house and had bought it with the intention of helping people who were in process.  Indeed, it was a stewardship that God had given to them with the house.  Situated in the foothills, it was rectangular—a little like Noah’s Ark protruding from Mt. Ararat.  But they were heading out on vacation when I arrived, so I was holding down the boat in their absence.  John’s arrival was unannounced.  What should I do?

As it turned out, John and I got along famously.  He was warm and gregarious, if somewhat odd.  Perhaps I wouldn’t have felt quite as comfortable if I had known a little more about John when he arrived at the door.  Regardless, for a few weeks I had the privilege of getting to know Bob and Patty through the eyes of a man they had helped—a person into whose life they had allowed themselves to be inserted, because that is the stewardship they believed they had received from God.  They lived life on purpose.  John summarized Bob and Patty to me in this way:  “they like to help people.”  John was partially right, but having known them for over thirty years, I would change that slightly:  they like to invest in people.  That passion to invest in the lives of people has stuck with me ever since.

John was only there for a few weeks.  When Bob and Patty arrived home, Patty was chagrined to say the least about John’s unsanctioned arrival.  I’m not sure if I ever saw John again after his departure a few days or weeks later.  However, over the course of the time that I lived there and beyond, I witnessed an endless parade of people in whom they had made an investment.  There was the woman escaping from an abusive marriage.  I remember the day that her angry husband showed up on the doorstep, ready to punch me in the face if I didn’t let him in.  You’ve never seen a 5’6” grandma subdue a man with kind words of truth, until he was sitting on the front stoop next to her, passive.  There were the innumerable students who had lived at the Ladd Pad, who would return for the tree trimming party every holiday.  If they posed for pictures, they would receive copies in the mail.  Countless others were impacted by them, and would return periodically.  My dear friend Darren, a few days before he died in a tragic helicopter accident, showed up unannounced, almost as if he were searching for his faith, and knew he would find it there.

The Ladds rescued me two times in my life.  I was studying vocal music, aspiring to become an opera star.  I had come to southern California with an ego the size of the Grand Canyon, but it was about to be knocked down to a tiny rivulet.  I neared the end of my program and my voice seemed to give out, leaving me with nothing and casting doubt on whether I would graduate.  The Ladds helped me to walk the path of surrender that would take me where God wanted me to go.  Fast forward a few years, and I moved in with them again after a really difficult break-up.  I still remember calling them and saying that I needed help, asking if I might come back.  It became a sanctuary for healing then, a place where I began a morning discipline of devotion in the Psalms—a practice that has stayed with me to this day.  I knew that they were making an investment in me—but I didn’t understand it…yet.

Several years later, Bob called me out of the blue and asked if I could assist someone.  One of their previous house guests lived in the Pasadena area, the city where I had relocated after graduation, and needed some help.  Jeff was disabled, his foot having been mangled in a bad car accident, and needed transportation to the laundromat.  Could I give him a ride?  Honestly, I wasn’t interested in going.  It was inconvenient, but I didn’t say no.  Jeff was interesting—surly, and not too interested in meeting me.  Once he was finished, I just assumed that was the last time that I’d see him.  Six months later, Bob phoned again.  Jeff was in Arcadia Methodist Hospital.  Could I get over to see him?  I remembered that Jeff liked classic rock, and so I brought him a CD from Virgin Records, where I worked.  This time, Jeff was upbeat and happy to see me.  We visited for a while, and I thought that I might get over to visit again.  A month or so later, Bob phoned again, but not with a request.  Jeff had passed away.  He wanted me to know.  Suddenly, this all began to make sense to me.  I began to understand.

Grace is an interesting thing in that it goes against everything we know in our culture.  We’re trained from infancy to measure our worth by our performance, a lesson that is reinforced in us on a regular basis.  We have to justify our existence every day to feel alright about ourselves.  You’re only as good as your most recent performance—your last sale, your last verdict, your last achievement.  But grace is something that operates completely outside of that equation.  Grace unhinges your value and worth from your performance.  Grace says, “You have a place here even if you never measure up to anyone’s expectations.”  It is holding open the door for love, and inviting people in.  That is the kind of home Bob and Patty created.  That is the kind of community that was intended by Jesus when he said, “Come to me, all who are weary and burdened, and I will give you rest.  Take my yoke on you and learn from me, because I am gentle and humble in heart…”

But grace is also an investment that you make—in people.  It is not a safe or sure investment.  If you surveyed all of the characters who came through that home, I’m fairly certain you would find that to be true.  It is also not a quid pro quo.  In all my experiences there, I never had the impression that there were strings attached.  And it is not “clean.”  It gets messy when you get into people’s lives.  You can’t change lives if you’re not willing to get dirty.  You can’t look at John, Jeff, or myself, or a hundred others, and not notice how much of a hassle we must have been.  But it is an investment that is prompted by gratitude.  What the Ladds understood was that they themselves had been rescued by Jesus.  Investing in the lives of those he brought to their door was the least that they could do.  That is the gospel.

I intended to write these pages about Bob Ladd, but I realized as I went about it, that you can’t really separate Bob from Patty in their life’s work.  But if you knew Bob, you know that he had many little sayings—pearls of wisdom—that he would pass along with a wink, a smile, and a nudge in the ribs.  One of his sayings that I will never forget is, “Too soon old, too late smart.”  While it was a witticism that probably wasn’t intended to be far-reaching wisdom, it is just that.  Investing in people is the smartest investment that you can make.  Why?  As my own father said, “People are the only thing in this world that will last.”  Bob and Patty understood that their time on earth was short—they invested in people.

Their conviction rubbed off on me, and changed my life.  At the end of my life, I won’t have built any great empire or a lasting career.  There is little doubt that my name will not grace the side of any large buildings, or a massive bank account.  I want to leave a different kind of legacy—a legacy of lives changed.  When I die and stand before my Creator, I want to look back and see a whole line of people who are coming behind me because I understood the smartest investment.  “Too soon old, too late smart,” Bob would say.  So let me ask you:  what kind of investment are you making?  What kind of legacy are you leaving?