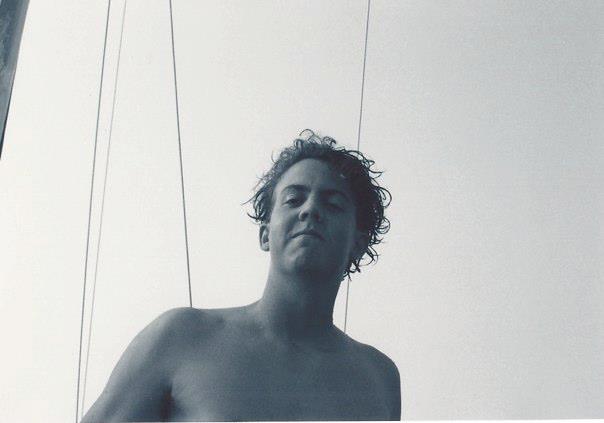 Early in the morning on February 10th, 2013, before dawn could illumine the chaparral, a helicopter crashed in the cold darkness of Acton Ranch, an area just north of the metropolis of Los Angeles.  Three people were killed before sunrise, people involved in the filming of a reality television show.  They didn’t die in the comfort of a well-lighted place with the faces of loved ones surrounding them, but in the darkness and the confusion that says, “Wait…it isn’t supposed to happen this way, is it?”  Headlines of this sort are easy to assimilate and dismiss, that is, until you recognize a name; and then, you are never the same.  You look at every news story differently from that moment on.  You are changed forever.  In this case, it was the name of my best friend:  Darren Rydstrom.

I met Darren at a small Christian university in southern California. I was a transplant from Oregon, dressed all in black, and finding it harder than usual to adjust to the culture of the area.  I lived on what was affectionately known as the “surf floor” and yet was as far from a surfer as one could be.  My door stood open to the warm autumn air on that day when an impossibly lanky guy pedaled by on a beach bike, pausing at my door to say hello.  His greeting?  “We think that you’re pretty cool.”  I wasn’t sure who “we” were, and what all his greeting entailed, but I knew that it couldn’t be bad in a place where I was clearly an outcast.  Darren had the ability to make friends easily, and that was the case with me.  Perhaps it is overly sentimental to say it this way, but Darren rescued me.

That greeting began a friendship that spanned almost thirty years. I would never have known that on the day before our friendship began.  I wish I could say that it was a smooth friendship, but it had noticeable fluctuations.  We were inseparable for a number of months, but ended up fighting over a girl, something that I regret to this day.  I remember him calling me and saying in a typically dramatic Darren-fashion, “This is the phone call at the end of life.”  I’m so glad that it wasn’t.

After that, we began a friendship that was based on mutual respect instead of infatuation. What do I mean?  I think I mean that we shared things in our lives instead of comparing things in our lives.  Oh, we still had our share of spats.  I remember one hiking trip when he wouldn’t speak to me the whole time because he was angry about a criticism that I made around the campfire.  But we always made up, and I found myself becoming something of a father figure for him.  He often came to me when he needed to confess, and when he needed to receive grace.   It seemed like he started to change.  He began to share things with me.  We would talk about the deep hurts that he experienced in his life, and I’d try to steer him back into love and grace.

He was the best man at my wedding.  Always the cameraman, I remember that he wanted to put a “pencil-cam” up his sleeve so that he could get better footage of our faces.  He had first met my wife on a sailing trip when we encountered rough weather and the mast had collapsed.  I think that he saw her character on that trip, and at the end of the day, pulled me aside and told me to marry her or he would.  In his best man speech, he claimed that I had saved his life that day, although I didn’t remember it that way.  Ironically, he said in his speech, “I saw my death before me.”  Turns out, that wasn’t true.

Darren was, more than anything else, an irreconcilably hopeful person. What do I mean by that?  He hoped against hope.  Everyone loves people like that, but I find that those people also find it so hard to live in the real world.  So it was a shock to me—someone who lives and dies by closure—that someone could die with things in his life that were left unfinished.  His death made me realize something:  I will most certainly die with unfinished business, and so I need to get busy doing the things that are important now.  Perhaps those things involve raising my kids well. Perhaps those things involve a career that impacts people.  Perhaps they just involve loving people and God with all my heart, mind and soul.

Just like life, I would like a clean ending to this story, and maybe someone can write one after I am gone. But the story is in the now, not in the ending.  So after his death, I left my job and planted a church where I am the lead pastor—where I can help create change in people’s hearts and lives, where I can love people in the now and not in the then, just as I did for Darren.  And so I struggle for the end of this story, and maybe that is why it has taken me three years to write this.

In the one and only psalm that he wrote, Moses reflects on the brevity of life, on its unevenness throughout and on its uncertain conclusion. He remarks that “the days of our lives are seventy years; and if by reason of strength they are eighty years, yet their boast is only labor and sorrow.”  I don’t know the occasion that prompted the writing of this psalm.  Perhaps he was grieving a life that ended under similar circumstances, with unfinished business and a lack of closure.  He goes on to make an astute request of the Lord:  “Teach us to number our days that we might gain a heart of wisdom.”  How is it possible to number our days when the conclusion is unknown?  That is exactly his point.  Only God can assist with that arithmetic—the arithmetic of a life well-lived.

I close with the words of the U2 song that I sang at Darren’s memorial service: “And so she woke up, woke up from where she was lying still, said “I gotta do something about where we’re going.”

Darren, I woke up. Thank you for rescuing me again, my friend.