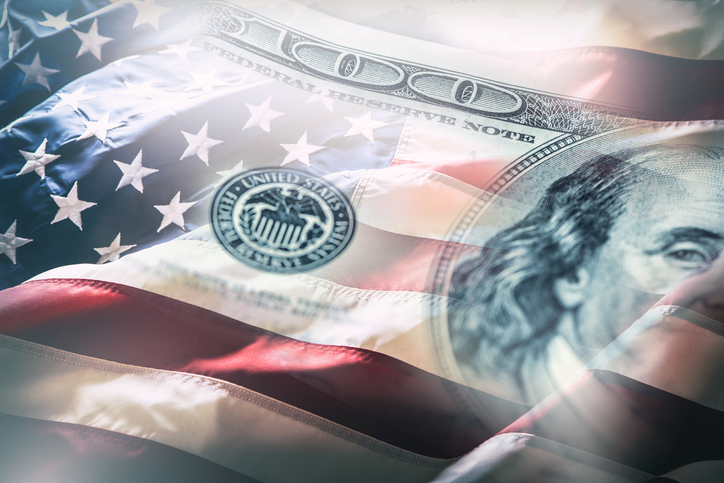 My friend looked puzzled at me from across the table, swishing his coffee around in his Starbucks’ paper cup, unsure how to respond to my question. We sometimes met for coffee and conversation, and this week had meandered our way into one of our perennial discussions, whether or not America had been founded as a so-called “Christian nation.”  He argued that this country was founded on biblical principles, and I argued that they were actually Enlightenment ones.  Instead of going around again, I down-shifted into another question, one that took him aback.  “Would you say that this is a Christian economy?”  He stammered a little, afraid to answer and find himself boxed in.  “Um, it is a Capitalist economy.”  I responded, “So I guess you agree with me.  Our economy is based on the principles of Smith, and not the Bible.”  He was quick to answer.  “That doesn’t mean that it is incompatible with the Bible.”  I was having fun with him now.  “Really?  An economy based on the principles of self-interest—of greed—isn’t incompatible with God’s economy?”  Now he was having fun with me, and fired back:  “What is God’s economy?”

As a Christian who really values what the Bible teaches, I don’t think that I have ever heard that question asked before. What kind of economy would God choose?  What principles would undergird that economy?  Would it look anything like ours?  The interesting thing about one’s own culture is that it is very hard to evaluate.  We tend to soak up the water in which we are swimming, and so it diffuses uncritically into our thoughts and worldview.  As Americans, we like to make a religion out of liberty, and so on the surface, a “free-market” system sounds plenty righteous.

The surprising thing is that God did design an economy, and yet it is seriously different from our own—not just in practice, but in basic principles. In Leviticus 25, God outlined some basic economic structures for Israel that are surprising and even threatening when viewed against the backdrop of Capitalism.  Perhaps there is a deeper knowledge contained within these principles that is more in harmony with the universe that we might be able to recognize in our day and age.

1) The Principle of Conservation

When we step back into the Old Testament, we become accustomed to the idea of a Sabbath, that is, a seventh day of the week which is holy to the Lord in which the people are to do no labor. They are to rest.  This is very familiar territory.  When I look at this chapter, however, I find something extraordinary.  Every seventh year, the land was to rest. They were not to sow their fields nor harvest their vineyard.  Instead, they were to live off the land for that year—gathering only the produce that they needed for themselves and their extended family, and not taking it to market.  There is a kind of radical freedom built into this agricultural cycle.

Now, I used to think of this prohibition in Capitalistic terms. Conservation just makes good sense when you think about it in terms of productivity.  After all, we know from history and from research that the land gets played out when you plant the same thing year after year.  Farmers today will rotate their crops, aggressively fertilize, and let the land lie fallow in order to get a better yield.  Notice that this isn’t strictly about productivity, however; conservation is actually about faith.

“And if you say, ‘What shall we eat in the seventh year, since we shall not sow nor gather in our produce?’ Then I will command My blessing on you in the sixth year, and it will bring forth produce enough for three years.”

What happens in an economy like ours is that you become a slave to production. Anxiety or greed drives you to apply all of your time and resources to get ahead, to store the excess, and to insulate yourself from need.  It is about independence. Our freedom becomes a buffer against faith. And something happens with the land and its natural resources—they become our slaves.  We abuse the environment because ultimately, we don’t want to live by faith.  However, this command contains a kind of radical freedom because it liberates us from ourselves.  The discipline of giving the land a rest unshackles us from our tendency to work ourselves and the earth to death.  God declared a seven-year farming cycle not just to keep the environment in balance, but our souls in balance as well.  Conservation is about faith.

2) The Principle of Ownership

On the Day of Atonement every forty-nine years, something even more radical would happen: a ram’s horn would sound throughout the land declaring the Year of Jubilee.  What was the Year of Jubilee?  After six/seven cycles of Sabbath years, a great Sabbath year would be celebrated.  On this year, every Jewish inhabitant of the land would return to his extended family and his “possession.”  When the land had initially been divided up among the tribes of Israel, every tribe and family had been granted land—they were all “landed gentry.”  Over time, that land would be bought and sold as fortunes changed and people needed money.  But on the Year of Jubilee, every field or parcel of land would revert to its original custodian.

The underlying principle is this: God is the owner of the land, not us.  He writes the following reminder:  “The land is Mine; for you are strangers and sojourners with Me.  And in all the land of your possession you shall grant redemption of the land.” If you read down further in the text, you find that with some exceptions, the land was not bought or sold permanently, but was leased until the Year of Jubilee.  In other words, we’re simply custodians of the land—stewards of what belongs to God alone.  As the landlord, God wanted the land to be periodically redistributed among the people, not stockpiled by the wealthy or the powerful, presumably so that a sense of stewardship would extend to all the citizens of their nation.

Just imagine that principle being instituted today—it would create complete havoc in our economy. Capitalism is founded on private ownership and the accumulation of wealth.  We have a fundamentally different idea about the ownership of the land than God does.  In fact, when Thomas Jefferson drafted the original Declaration of Independence, it is said that our “inalienable rights” included “life, liberty and property,” following John Locke, and that this phrase was crossed out and changed to “pursuit of happiness.”  We don’t understand that we are merely stewards in God’s economy, not owners.

However, there is a radical freedom here as well. When ownership is permanent, then you can’t make a mistake.  Failure is final.  Falling ill could very well be fatal to your family.  One meagre harvest could start a downward spiral that would lead to perpetual slavery for you and your dependents.  There was no redemption.  Does that sound familiar?  But in God’s economy, there is always hope. Someone could redeem the property for you, or at the very least, the property would return to your family on the Year of Jubilee.  In our world, a world which is desperate for hope, this should sound like good news. Hope represents a radical kind of freedom.

3) The Principle of Social Equality

Three times in this passage, the following clause is repeated: “If your brethren becomes poor.”  With each instance, there is an escalation of poverty—the kind of downward spiral that I mentioned before—and so there is a remedy with each one.  In the first instance, he has been forced to sell some property, but you are to grant him the right of redemption.  In the second, you are to invite him to live with you as a “stranger and sojourner” and not charge him interest on a loan.  In the third, he has sold himself to you as a slave, but you are to treat him with dignity as if he were a hired servant.  But every Sabbath year, something truly massive happens: all debts are released, and every Hebrew slave is to be set free.  There is a total reset on all accounts.  The slate is wiped clean.  This is radical freedom.

Debt was the primary source of slavery in the ancient near East. Moreover, it tended to create a society in which the rich got richer and the poor got poorer.  The result was a class-burdened society of the haves and the have-nots, a community of individuals who were not on equal footing with one another.  That is not what God wanted for His covenant community.  Instead, He wanted social equality, and so it turns out that there was a social safety net built into His economy.  He didn’t keep poverty from happening—sometimes they were sovereignly broke.  Instead, God created an economy where debt forgiveness was woven into the warp and woof.  Debt forgiveness kept their society from degenerating into class warfare.

On a more basic level, debt forgiveness is why Jesus came to this earth. It is not by accident that Jesus is closely associated with Jubilee.  When He returned home to Nazareth on a Sabbath, it is not by accident that He chose a central passage from Isaiah to read in worship, a passage also associated with Jubilee: “The Spirit of the Lord God is upon Me, because the Lord has anointed Me to preach good tidings to the poor…to proclaim the acceptable year of the Lord.” Debt forgiveness with one another is a reflection of the mercy demonstrated toward us in the gospel.

I know that there are things in this passage that are problematic, and I’m certainly not saying that we should throw out our economy and revert to an ancient agrarian paradigm.  And yet, perhaps there is a deeper knowledge contained in these radical principles that we cannot understand unless we first believe.  In fact, maybe we are actually blinding ourselves to these counterintuitive truths when we insist that our culture and country has ever been operating according to biblical principles.

Interestingly, there is evidence that the Israelites never regularly practiced the Sabbath year; indeed, it is the reason cited by the writer of Chronicles as to why they were sent into captivity in Babylon for seventy years. I’ve never been one to take ancient commands and apply them willy-nilly to our country today. However, if there is a downside to disregarding the heart of God for an economy, then maybe paying attention to some of these radical principles might invoke an upside as well.

Some people believe that this year, 2017, is a Jubilee year. Maybe this year is the time to begin to think seriously about these radical, “un-American” principles.