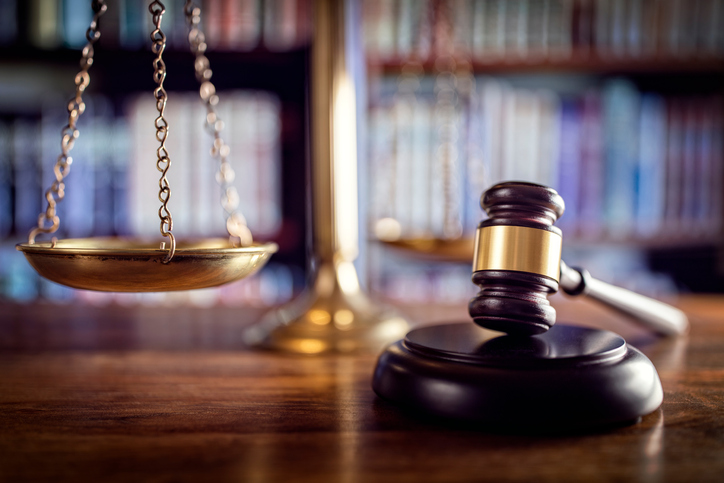 I froze in my tracks, half-hidden behind the bookshelf, wondering if I had been spotted. I had been wandering through Barnes & Noble, perusing the many gifts and toys that have a tendency to crowd out the books this time of year, as I looked for a Christmas gift.  Weaving my way through a labyrinth of impulse items, I was finally engrossed in the travel section, when I happened to look up and see him, not fifteen feet away from me.  The pastor of our church, a friendly if a trifle aloof man of forty-eight was standing there, gazing absent-mindedly at one of those revolving stands of cards that populate the store.  Clearly, he hadn’t seen me.  I felt a wave of nausea as my image of him came crashing down.  He was a good man and a pastor who had served our congregation faithfully, if a bit unevenly.  To get this glimpse into his soul was too much for me.  My view of him was a little obstructed, and so I couldn’t clearly see what he was looking at as he paused in his shopping.  But I didn’t have to.  I already knew.  It was a collection of postcards of scantily clad women.  I knew because I had been standing there not twenty minutes earlier.

We stand at a peculiar moment in history when every indiscretion of our leaders can be so immediately and globally broadcast for everyone to see. With each new allegation of sexual abuse that breaks in the news, it is like we are peering over the shoulder of someone that we thought we knew—whether an elected official or just a favorite actor—and are being asked to judge their choices.  It is exhausting.  And if we are honest, we are often judging on the flimsiest of criteria, like whether we share the same political views, not on facts.  The truth is that we have a mostly obstructed view into the lives of others and an unrefined ability to judge.

Honestly, there is something about judging others that feels both uncomfortable and yet incredibly rewarding at the same time, like splurging from your diet with a giant German chocolate cake. Why else would it be so prevalent on social media? It is both decadent and yet somehow distasteful, maybe because of what Jesus said: judge not, that you be not judged. But in our world today, is that even possible? Is it realistic? Is it wise? And is that what Jesus was really trying to communicate? Was Jesus admonishing us to judge less, or was he asking us to judge well?

In the Bible, judging others is actually a component of wisdom. The wisdom literature is replete with examples of what it means to be a fool, and with how to avoid those people.  Proverbs 14:7 urges one to “go from the presence of a foolish man, when you do not perceive in him the lips of knowledge.”  There is judgment implied there.  Moreover, only a few verses later, Jesus himself urges his own disciples to be good judges of people, telling them to “beware of false prophets” and instructing them how to spot them.  How are we to reconcile these competing themes in the Bible?  Jesus’ statement is a warning of consequences, not a ban.  When you judge others, it is going to bring intense scrutiny of your own choices.  It is wise to judge well.

When we try to repress judging—to stifle the impulse—the judgment simply goes underground into our hearts where it can do the least good. We never learn how to judge with discernment because we never question our own assumptions.  (See my blog on this topic.)  Instead, we judge with the most convenient categories, the bias that is most deep-seated, like race or creed or political affiliation.  I have news for you.  The sexual allegations against a conservative are not more likely to be false than those against a progressive, even if it simply feels right to judge it that way.  Christians need to become stronger critical thinkers and that means exercising discernment.  We don’t need to judge less; we need to learn to judge well.

Perhaps the most interesting thing about this passage is that Jesus follows an injunction not to judge others with a description of how to judge others, or more precisely, how to judge others fairly.  He famously questions how one can remove the speck in his neighbor’s eye when his own eye is encumbered by a log or plank.  In other words, fair judgment requires unhindered vision.  The visual imagery that Jesus employs is vivid and self-explanatory.  We have a tendency to amplify the faults of others and minimize our own, and what’s worse, we are blind to it.

But there is really something deeper going on here. We are all biased as judges; we all have planks in our eyes.  We all have an obstructed view of one another, and the reason is because we have created a little standard of righteousness that we use to judge ourselves and one another.  It is the plank in our eye that we can’t see, but that hinders our ability to judge fairly.  The self-made businessman tends to see the poor as lazy and entitled.  The educated elite tends to see rural folk as ignorant and narrow-minded.  The nutrition enthusiast tends to judge the fast-food consumer.  I remember smoking cigars one evening with a bunch of theologians and hearing them pontificate on why cigarettes are so much worse for you.  Ahem.

The qualified judge is one who has first judged himself accurately. You have to deal with your own issues in an honest and transparent way before you become a skilled judge of others.  My dad, who was a fairly famous preacher and theologian, once gave me a sage piece of advice:  “Take note of the sins that your pastor keeps coming back to week after week in his sermons, because those are the things with which he himself struggles”  If you cannot come clean about your mistakes, then you’ll make certain that others do.  But when you first judge yourself honestly, it creates a precious little quality that is often missing from our judgments, a diamond that emerges from the pressure of transparency—the quality of mercy.  Honest self-reflection gives birth to mercy for others.

The greatest challenge today is not to avoid judging altogether; instead, it is to judge well without seeming judgmental. What is the difference?  It is the way in which you are received.  The last part of this passage is fascinating to me.  Jesus warns his disciples to practice discernment with regards to whom they speak, and famously commands them not to throw “pearls before swine,” or the pigs will turn and tear them to pieces.  It is another striking metaphor.  I have never owned pigs and so I have never seen them attack in this manner.  But I have seen the feeding frenzies that happen on social media over controversial issues, and it sounds the same.  Judging well isn’t just about being right; it is also about being received.

A qualified judge of others knows when and how to speak, and when to listen. Why?  I think the purpose of judging is actually to persuade someone—to reach them—and to change a life.  As it turns out, a qualified judge is not excited about condemning someone—he is far more interested in showing mercy.  He is not out there posting his opinions on social media in order to gather a whole bunch of likes from like-minded people.  He doesn’t need that echo chamber.  Instead, a qualified judge is interested in reaching into the life of an individual and seeing redemption take place, and so he tailors what he shares for the right person and moment.

When I was younger, I used to have a different metric for evaluating whether or not a confrontation had gone well. I thought that if I expressed myself well—if I used all the right words in the right order with passion—then it was a win.  I could see that I was being listened to, but I never asked if I was being heard.  As a result, I would sometimes unload on them with both barrels when there was a problem.  I remember a time when I had a disagreement with a roommate.  I let the pressure of judgment build up inside of me, and when we finally sat down for a conversation, I let him know in no uncertain terms.  I judged him rather harshly, but unfortunately, I didn’t reach him.  I moved out several weeks later, and the relationship was over.  I always wondered how that might have gone differently if I had led with mercy.

In a famous Old Testament passage, we are asked by the prophet, “What does the Lord require of you? To do justice, love mercy and walk humbly with your God.”  I don’t believe you can separate these three things.  To really judge well, you must also love mercy and walk humbly.  One without the others misses the mark of what Jesus was teaching about judging others.  They must go together or you should not judge.  When you wonder if you should judge others, ask yourself how much you love mercy.  Ask yourself how much mercy has already been applied to you by others.  The answer will tell you whether or not you are qualified to judge.