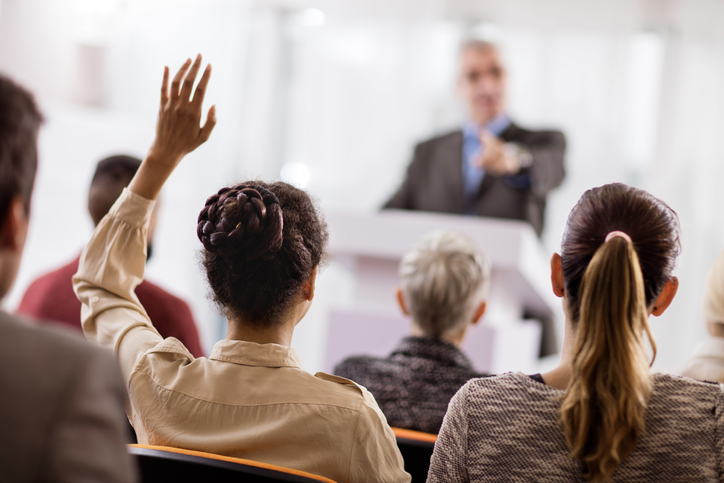 When my son was in kindergarten, his teacher had a tradition that surrounded the celebration of St. Patrick’s Day. In advance of March 17th every year, they would begin to talk about Irish culture and leprechauns, and would build little leprechaun traps to catch the tiny miscreants in their exploits.  It was a harmless prank that she would perpetrate on the kids, much the same as parents might encourage their kids to leave out cookies for Santa Claus on Christmas Eve.  However, it prompted this ongoing discussion with my son about faith and the nature of belief.  My son was convinced that leprechauns were real, and so we would talk about it.  Why do you believe what you believe?  Now, the easiest thing would be to say, “Have you ever seen a leprechaun?” and let it go at that.  But that is an intellectually lazy way to address the issue, and in the end, it undermines the formation of real beliefs.

As it turns out, we do believe in some things that we can’t see, but we have good reasons to believe those things. I want him to understand that difference.  Well, I almost had him convinced until we arrived at school that day.  His classroom had been turned upside down, and there were little green footprints all over the place.  He turned to me and said, “You see, Dad?  I told you they were real.”  The good news is that he was observing; the bad news is that he was completely misled.

As I look around the world today, I find many Evangelicals who haven’t been encouraged to ask questions about their faith, to wrestle for themselves with the big issues that go along with faith development. They’ve been conditioned to rely too heavily on authority figures to tell them what to think, instead of being trained how to think.  In my experience, many seem to have an under-developed ability to think critically about other issues too, and so are easily misled.  As I peruse social media, I find many bogus quotations and clearly fake news that has been reposted by Christians because they lack the ability to ask critical questions of things they read.  The problem is that the resurrection is not fake news, but it is might as well be if we can’t begin to think critically about why we believe what we believe.  It could be that the future of Christianity itself hangs in the balance.

The exhortation to be critical thinkers comes from the apostle Peter. He challenges them with the following:  “But sanctify the Lord God in your hearts, and always be ready to give a defense to everyone who asks you a reason for the hope that is in you, with meekness and fear.”  There are three really important aspects here.

In this passage, Peter is instructing the early church how to behave in light of persecution from the outside world, and the suffering that would inevitably occur. But in the middle of these instructions, he adds a surprising detail:  be ready to give a defense of your faith.  Be ready to address questions that will come from any and all who ask.  Underneath his challenge is a basic truth:  asking critical questions is a natural and necessary part of faith development.

Growing up as an Evangelical, I didn’t find that questions were welcomed in the community. Questions were frightening.  Questions seemed open-ended and could be undermining to your faith.  I mean, where would those questions lead you?  The people who asked questions seemed to be on a slippery slope to denying their faith.  On the other hand, I remember a professor in my AP Humanities class who would continually say, “Raise those critical questions!”   At the time, I had no idea what he was talking about.  He said it so often that it became part of an impression of him that we did behind his back.  But he also made me wonder, why was it so important to ask questions?  And why was he unafraid to do so?

Some would say that there is no real learning without being able to ask critical questions. I would say that there isn’t durable faith without them.  Ultimately, I don’t think that God is frightened of questions.  He gave me the gift of reason so that I could think about truth, and part of thinking about truth involves observation and curiosity.  If I want a faith that will be durable—that will carry me through the storms—then it must be strong enough to weather the questions that will come, not ignore them or try not to think about them.  We must have confidence that questions make our faith stronger in the long run, not weaker.

2) Durable faith has really good reasons that support it.

The word that Peter uses to “give a defense” is the Greek word “apologian” from which we get our word “apologetics.” He has in view a formal court proceeding in which the defendant is being asked to give reasons for his behavior or beliefs.  This is an opportunity to critically explain what undergirds your faith by way of reason to someone who stands as an impartial judge in your case.  How would someone who doesn’t already believe hear your evidence?

As my son and I discussed leprechauns, I would ask him these kinds of critical questions: “How do we know that Jesus was a real guy and that he wasn’t just like a leprechaun?”  That question took him back a little.  I think that he’d been waiting for me to tell him what to think, instead of asking him to think for himself.  And so we talked about it together and came to the conclusion that real people knew Jesus.  They talked with him, touched him, ate with him and then they documented some of their experiences, including five hundred who saw Him after His resurrection.  That was just the beginning of the questions that we’ll discover, questions like, “Why would Jesus’ disciples give their lives for something they knew to be a hoax?”  As it turns out, there are some good reasons for our hope, but they are best surfaced by asking good, open-ended critical questions, questions that have the potential of making us uncomfortable, but that also form the strong concrete of faith.

Now, I understand that the growth of faith is not purely cerebral. When the Spirit of God knocks upon the door of your heart, there is indeed something mystical and experiential that is happening in that interaction.  It might not condense well to the words that would flow in a courtroom.  And if you are someone who believed as a child, then your capacity for abstract thought was small as well.  But as your faith grows, it needs to be strengthened with reason, or it will crumble over time.  We would do well not to ignore those reasons if we want a durable faith.

When you listen to someone make a defense of their beliefs, you can almost immediately hear the ones who are motivated by fear. They get defensive.  They get self-protective.  They easily get nasty and refuse to yield on any point.  Proving themselves is almost more important than seeking knowledge and truth.  Questions are frightening to them because they feel threatened by them.  They are unused to seriously entertaining them.  Honestly, these are the kinds of interactions that I see on social media all the time.  But the fear that Peter mentions is not the fear of being humiliated, but the fear of God.

We tend to equate the word “meekness” with “humility,” as if they are the same, but they are not. Humility means not thinking too highly of yourself, and so being humiliated is being made to look low.  But meekness is different than humility.  It suggests power and status that are set aside and that aren’t necessarily exercised.  The godly critical thinker is not afraid of seeming to lose an argument because they’re not motivated by proving themselves. Their goal is not to defeat their opponent but to win them.  They are more concerned with the glory of God.

If you make a reasoned defense of something, then you are almost certain to be accused of one thing: arrogance.  That is the danger—that you will bring discredit to the glory of God in the way that you reason with others.  Interestingly, Jesus was never accused of arrogance, at least, not in the way that He argued.  In the way that Jesus went about his discussions, He used critical questions to draw people out, but never said more than He needed to, and never did it to protect His reputation or His own glory.  It was immaterial to Jesus whether He was perceived by others to have won the argument.  His goal wasn’t to win glory for himself here—it was to win people.