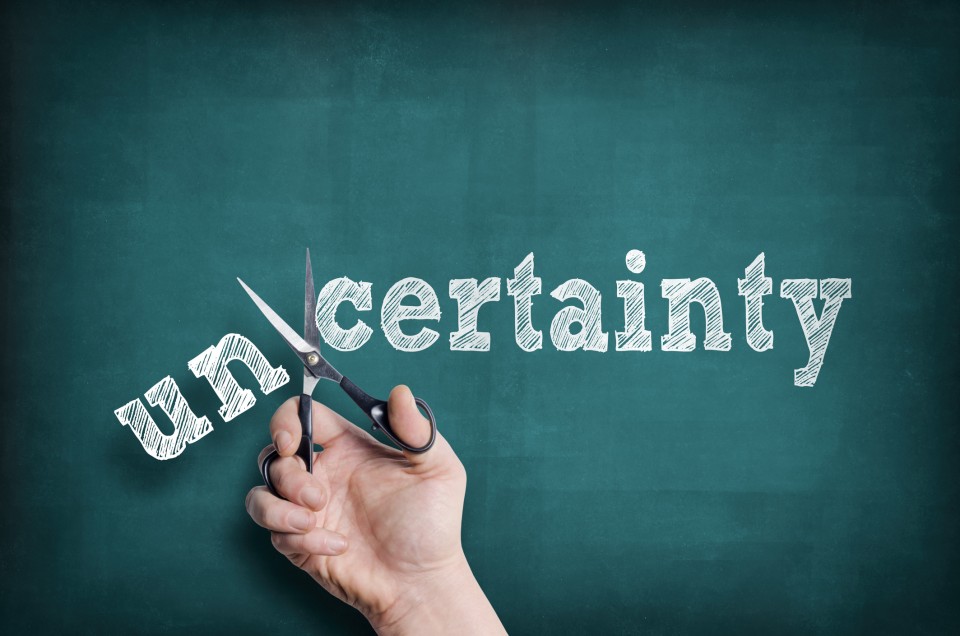 “I can’t believe that they would hide what happened here!”  Angrily, my dad stalked around the little square in the middle of central London, indignant at what he perceived to be a vast conspiracy.  We were standing on a beautiful roundabout, more like a park than a traffic intersection, as it was lavishly planted with trees and extravagant flower beds, hidden in a quiet corner of the metropolis.  It was a warm spring day, and several others were relaxing and reading their newspapers on park benches, undisturbed by my father’s tirade.  No one seemed upset—except my dad.  “I shouldn’t be surprised in a place as irreligious as this country!”  He continued to rant at no one in particular, glancing from side to side, scanning for some person to interrogate.  I looked over at my wife and we shrugged our shoulders, unsure what to say.  We were beyond exhausted.  This was a conversation we had been having for three long days.  Nothing we said made a difference.  How do you reason with someone who is so entirely convinced that what they believe is true?

As we stood in the middle of that place, it became clear that we were smack dab in the middle of an epistemological impasse, a twilight zone of belief and knowledge.  We all have beliefs, and we are all more or less positive that they are true.  Oddly, studies demonstrate that the less information we have on a given subject, the more dogmatic we become.  At the University of Oregon, I had an Honors College prof who once said to us, “Just because you think something doesn’t make it true.”  In other words, maybe certainty is not your friend.  Maybe it traps you in a singular perspective on truth.  Maybe it hinders you from assimilating new information.  Indeed, there is very good reason not to believe everything that you think.

My wife and I were on vacation with my parents in London, England.  My dad, a famous theologian, had been speaking at a conference in Ireland, and we thought it might be fun to share a flat with them on the back half of their stay.  Unfortunately, my dad was not feeling well, the beginnings of health problems that would plague him the rest of his life.  He had no energy, was grumpy, and wouldn’t participate.

We were desperate to get him interested in something, when my mom happened to mention that he wanted to see where Wycliffe had been martyred.  Wycliffe was an early Christian reformer, a pioneer in Bible translation, whose views and teachings had brought him into conflict with the Catholic Church.  It seems that my dad had seen a video that his friend had produced detailing the last days of Wycliffe, how he had been executed in some famous place in London.  At least, that’s what my dad heard.  It was just the ticket—a quest that would get my dad more involved.  There was just one problem.  Wycliffe was not martyred.  He died of natural causes in Leicester.  It took all of a minute for me to find this on the web.

I remember showing my dad the information we found, and it didn’t seem to compute.  You see, he heard it from a friend that he trusted, some guy to whom he ascribed a lot of authority, and importantly, someone who believed the same things that he believed.  Whatever we turned up on our smart phones that contradicted his friend was just fake news.  Oddly, one of the primary sources of knowledge in our lives are friends, people whom we know and trust.  We see things on social media and believe them, not because the evidence is so compelling, but because we trust those people, and because what they posted squares with what we have already believed.  Honestly, how often do you critically analyze things that you read—online or elsewhere—before hitting that “like” button in your brain?

Even though we had suffered a setback, we thought that we still might be able to capitalize on my dad’s interest and get him involved.  As we poked around a little further, we discovered Smithfield.  Smithfield is a pretty famous place in London, the spot where dozens of heretics and political prisoners were executed, including William Wallace of “Braveheart” fame, who was drawn and quartered in 1305.  It might not ring the Wycliffe bell for my dad, but there would be plenty of related historical interest for him.  And it was right near St. Paul’s.  We could visit the church, grab some lunch, and culminate our quest with an afternoon stroll.

Unfortunately, it wasn’t quite that simple.  Smithfield might be close to St. Paul’s, but in the winding, mediaeval streets of London, it isn’t easy to find.  But the quest did seem to have sucked in my dad, which was a little surprising.  He began to stop random people on the street to ask for directions, and as they inevitably shrugged their shoulders, he grew more and more frustrated.  Then it dawned on me.  He wasn’t interested in Smithfield at all; he was still searching for Wycliffe.

My suspicion was confirmed when we finally stumbled upon the square.  The geography had completely changed, of course, but in this small plot of land, quiet and reverential, all of these deaths had been memorialized.  There were plaques on the outer wall of St. Bartholomew’s Hospital to two of the Oxford martyrs, pastors who had been executed for their faith during the Reformation, and one to Wallace as well.  The square had been designed for contemplation, like a 9/11 memorial.

But none of this seemed to satisfy my dad.  He grew more aggravated, pacing around the square and questioning people, growing more frustrated and indignant at their bewilderment.  A cadre of construction workers in yellow safety vests.  An elderly lady seated on a bench.  He started towards a homeless man sleeping there.  And so he became convinced that it was a conspiracy to obliterate the memory of this righteous man, Wycliffe.  His beliefs led him, inexorably, to this conclusion, an epistemological cul-de-sac, a dead-end of knowledge.  But lest we throw the first stone, who hasn’t responded similarly when their beliefs are challenged?

How do I know what I know?

The quest had failed.  We desperately needed to put my parents on a taxi and send them home so that we could decompress.  As we headed for a main street, we were walking through Smithfield Market, a long and pretty recognizable arcade adjacent to the square.  As we wandered in the cool of the shadowy passageway, we found placards that had been posted, documents detailing the grisly history of the place.  My dad grew very interested, and carefully inspected all of them.  As we came to the end, he calmly ruminated, “I guess he didn’t die here.”  Thankfully, I didn’t spontaneously combust on the spot.  We put them in a cab and walked home.

Ideally, all of these sources work together to inform us about our world.  But let’s be honest:  we weigh some of them considerably higher than we ought, sometimes in an unquestioning manner.  We curate information for our worldview, not on the basis of whether it is well-founded or reasoned, but on the basis of whether it fits our database of beliefs.  Unfortunately, we are guided by our certainties.

I respect my dad, but he was sure of what he knew based on the authority of a knowledgeable friend.  He transferred that authority to a seemingly authoritative plaque on the wall near the site, which was a good call.  Now, neither of these are particularly good or bad sources, but perhaps it would be better to be open to all of them, and yet hold them loosely, and not at the exclusion of the other.  Sometimes that means that you hold in tension information that is seemingly contradictory—like biblical material and the findings of science—rather than doubling down on one or the other.  I realize that is a sophisticated skill and can be challenging to faith, but maybe we need that kind of challenge, even if we’re not religious.

Here is the moral of the story, and here I conclude:  certainty is not really your friend.  It might make you feel safe.  It might make you feel smarter than everyone else.  It might give you a sense of belonging.  But it is not leading you to a depth of understanding.  What is better than certainty?  Listening, particularly to those with whom you disagree.  Asking thoughtful questions of people who have a different opinion or different experiences.  Holding information in tension without feeling forced to come to a conclusion.  Asking questions of your own assumptions as well.  You might just find that you shouldn’t believe everything you think.